I had a brief visit to the West Division of Pinnacles National Park this morning, to hike the Balconies Cave trail, and a bit more. And a bit less. It didn’t go entirely as planned, but it was a nice day out in the wildlands. 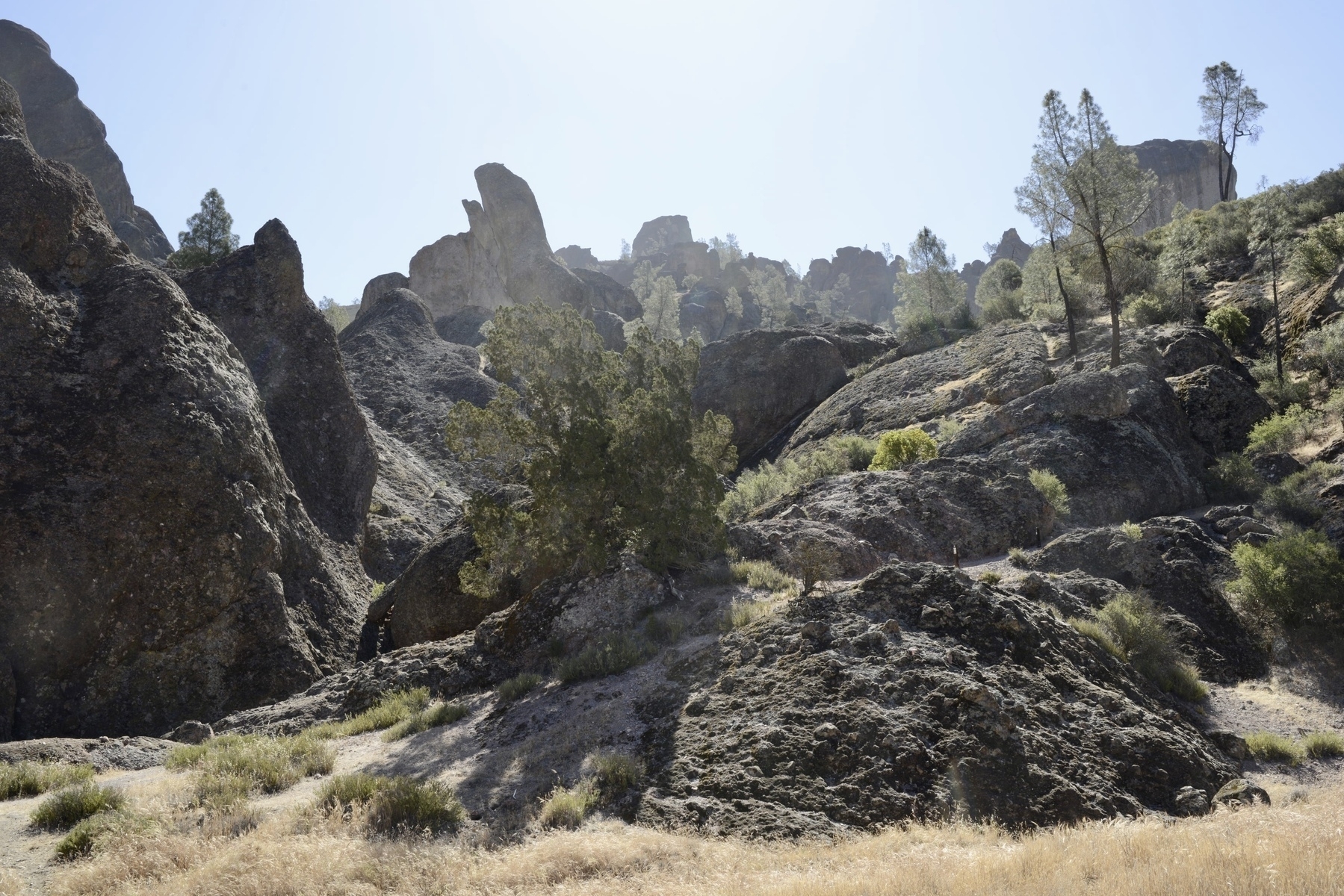 Fun fact, this is the western portion of a volcano that straddled the San Andreas Fault and was subsequently sheared apart. This portion moved 200 miles north by the fault. The eastern portion remained, known as Neenach Formation and it is evidently not as dramatic.